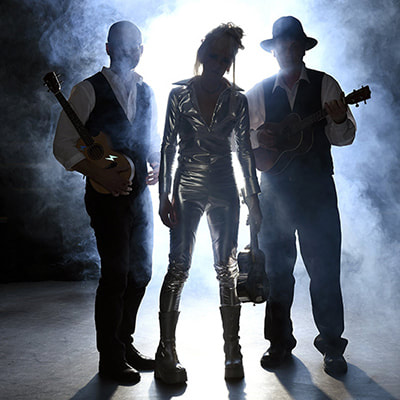 The Thin White Ukes have been performing the songs of David Bowie with small strings and big harmonies in their hometown of Melbourne and beyond since 2014. Spanning six decades from Space Oddity to Blackstar, their lovingly handcrafted arrangements of the Thin White Duke's mercurial songbook have teased the neck hairs of spellbound audiences from the Brisbane Powerhouse to Byron Bay; the Adelaide Fringe Spiegeltent to the Port Fairy Folk Festival and as far afield as China and Perth. Put on your red shoes. They’ll be floating in a most peculiar way. The Thin White Ukes are: Betty France — voice, soprano ukulele; Michael Dwyer — voice, tenor ukulele; and Robert Stephens — voice, baritone ukulele.
Website: https://www.thethinwhiteukes.com 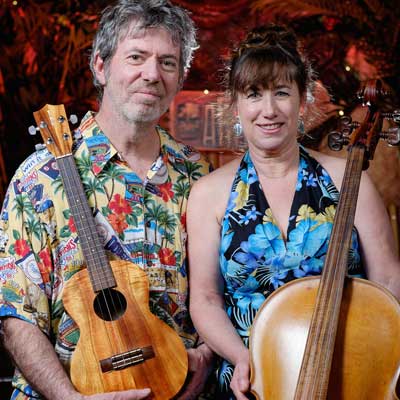 Multi instrumentalist, arranger and recording artist A.J. Leonard is one of Australia's pioneer ukulele players and is regarded to be among the best in the world. Since 2009 A.J. Leonard has been busy touring and recording. 2016 saw the release of his twelfth ukulele album English Songbook and he is currently recording Christmas Songbook with David Billings. After attending the VCA, Jenny Rowlands continued her study of the cello overseas and has performed professionally throughout the classical scene in Australia. The duo is a result of an appreciation for classical and film music. They have performed and conducted workshops at major festivals and ukulele retreats across Australia, New Zealand and the USA. Together they are a true melding of musical minds, known on the world circuit for their unique ukulele/cello interplay and finely crafted arrangements.
Website: ﻿https://www.ajleonard.com

The Shimmer Twins (AKA Richard 'G' Gibson and Therese Nolan) 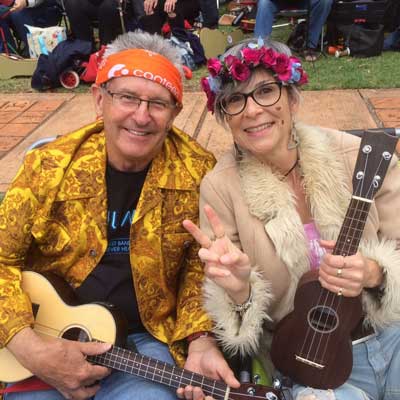 Therese Nolan and Richard Gibson met in the early days of the Adelaide Ukulele Appreciation Society and found that they liked playing a similar range of songs, mainly from the cheesy old pop genre.  Therese assumed the role of muse for Richard G's uke website ("You know, I really like that song", she'd say, and it would magically appear a few days later) and things sort of grew from there.  They have played together in Ukulele Circus and the Pop-Ups. These days, Therese focuses on reminding Richard that (musical) life didn't stop at the end of the 60s while Richard continues to teach Beginner and Intermediate uke courses at Adelaide's Worker's Education Association (WEA).......yes, believe it or not, there are still a few folk left in Adelaide who do not play ukulele. 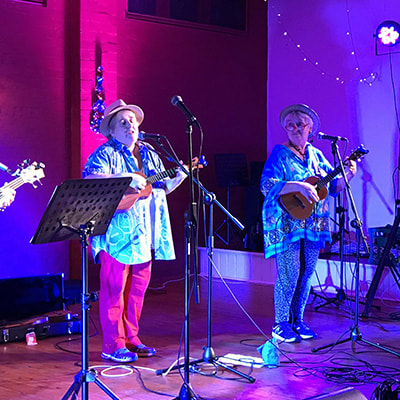 Cathy Welsford and Angie Smith at the 2017 Festival
The Wild Women of Anywhere Beach (formerly Those Shameless Hussies) are Cathy (Fast Fingers) Welsford and Angie (Random Chords) Smith. These wild women from the lunatic fringe have performed together for 30 years, singing their way through numerous political upheavals, social revolutions and just plain standing up against injustice! While Fast Fingers plays a range of instruments, Random Chords firmly believes black dots on paper are probably stuck dead flies that can be picked ’n strummed to create totally hedonistic music. They write their own songs and fearlessly adapt others to their own unique style. When they sashay on stage you are always guaranteed a good time.
Website: https://www.thewildwomenofanywherebeach.net 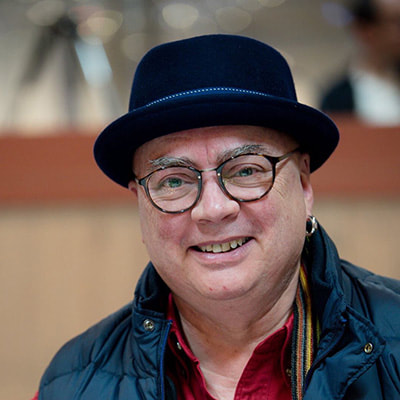 Bob has been a regular attender and contributor since the Festival’s beginning. As a musician for almost 50 years and a full time guitar and uke teacher for more than 27 years, he brings a wealth of practical experience to the table (tested out on hundreds of unsuspecting students!). He also founded and runs the Albury Wodonga Uke Muster (highly original name!) which has been going for just over 7 years. 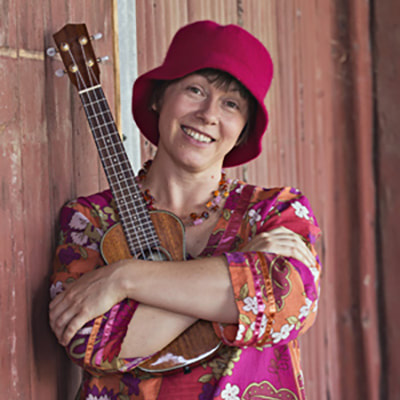 Leanne Murphy is a qualified and experienced classroom music teacher, children's puppeteer, visual artist and picture framer.  She sings and writes songs, plays piano, ukulele and ocarina, and has been involved with a number of singing and instrumental music groups (including ukulele) in the Beechworth area since moving to the Indigo Shire with her hubby, poet Frank Prem, in 2008. 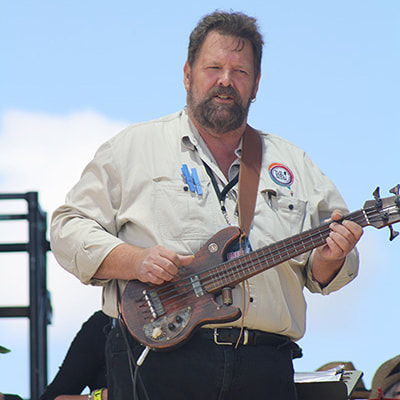 Guitar/fretted instrument tutor and founder and leader of the Deniliquin Uke Muster for seven years, Chris Bodey has had over 40 years playing experience. Studying with John della Torre and Valentin Sawenko on classical guitar, Chris has a broad understanding of teaching methods. Added to Chris’ classical guitar studies is many years of playing solo, duo and band gigs on all styles of guitar and bass, double bass, mandolin and, most importantly, the ukulele.